I ordered this centerboard from ruddercraft in Idaho about 3 months back but I haven't gotten around to removing the old one and installing the new one until now: 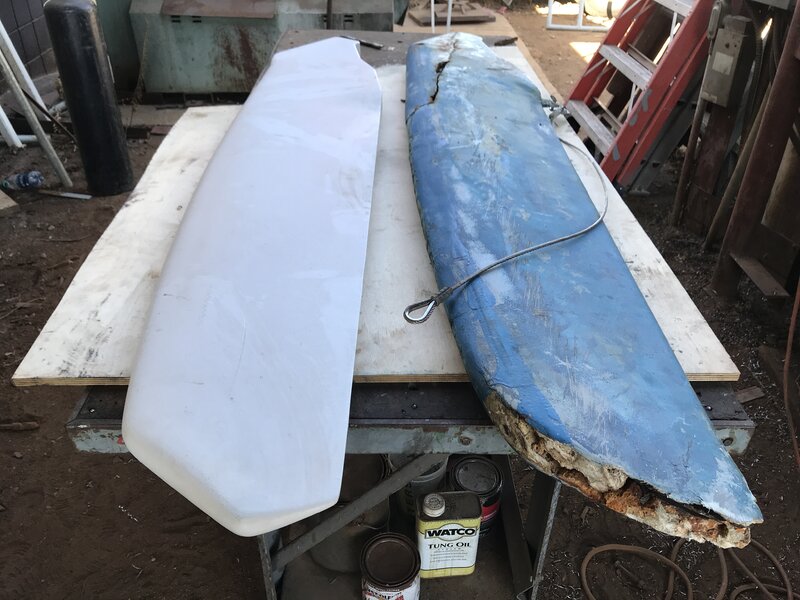 As the picture shows, the old centerboard has swollen and is not repairable. Was a poor design choice to use carbon steel underwater IMO.

I got the old centerboard off at the lake Perris Lunch ramp by removing the 1/2" SS centboard pin beforehand, wrapping webbing around the bottom end (end nearest stern when board raised) of the board and then tying that to the trailer axle before launching. Then I launched the boat and as the boat floats up the strap attached to the trailer held the board down. It worked. After this I went below the water many times with a crowbar and got it down further (this is after the dilemma of getting the boat off the trailer with the centerboard too far down to clear it) until the end opposite the pivot of the board was swinging freely and resting on the bottom on the launch ramp concrete. It still wouldn't drop out of the keel box though as the pivot area was what was swollen and it was still stuck even though I had already removed the pin. After almost giving up I went below the water again to to see if i could get the board up (because I was going home) but the board was too heavy and i dropped it underwater and that's when I noticed that when the board hit, the pivot area dropped a little, by about 1/4". After doing this about 20x the board finally fell out and hit the bottom of the launch ramp (and narrowly missed my foot). I dragged the board out of the water at 1pm. I started at 7am and had by dad and brother helping me. 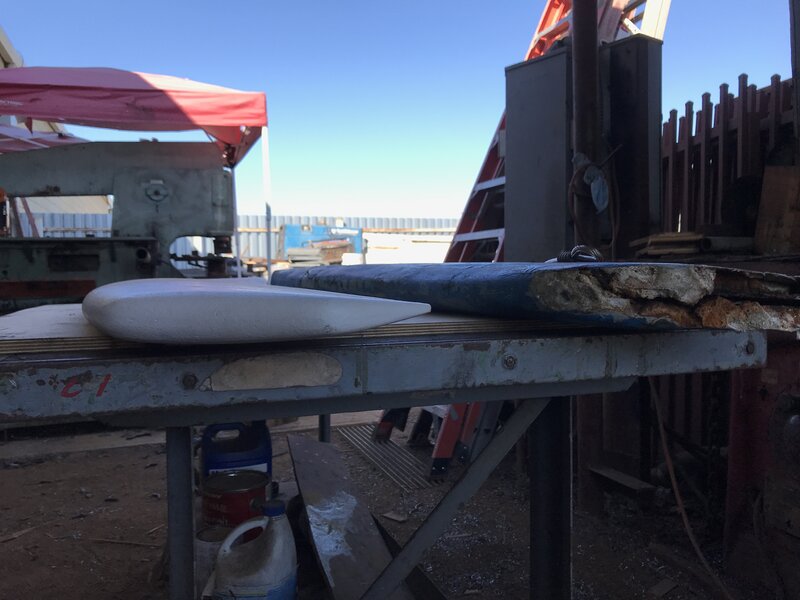 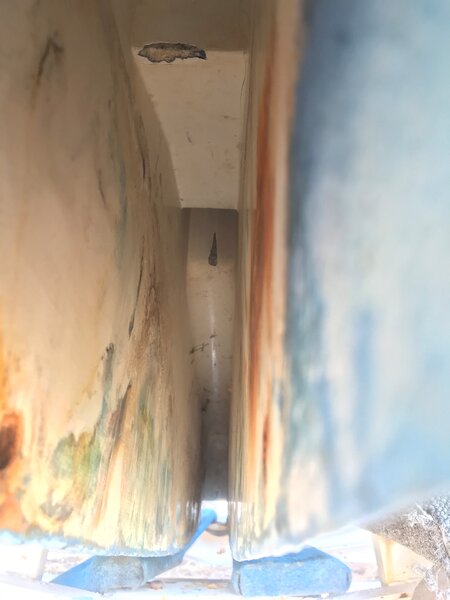 I was concerned that the keel well may have been damaged from the centerboard hitting the bottom (previous owner) but even though it looks nasty in the picture it's actually in very good shape with no sign of damage. The keel well measures 2.75" thick at the opening and the new centerboard 2" which would leave a 3/8 gap between centerboard and board box on each side. I asked ruddercraft about this and they said it's for swelling but it's too much for me and I think it will bang at anchor, so I will shim the board on each side near the pivot area with 1/8" fiberglass board which would leave me with 1/16" gap on each side for paint...

My first blog entry for this boat, any criticism, questions, points are greatly appreciated. Thanks.
About author
G
gabriel
I like to sail

I installed a new center board from Ida Sailor 2 years ago. I have a 1973 Ericson 25CB. I put plastic washers on my pin to take up the side movement.
You must log in or register to reply here.