Summer has been getting out of hand. Finally, I realized that if i didn't get Arcturus launched before the end of the month, it was going to be out for the whole year. So in it went.

A funny thing happens when you start telling people that you need to take time off to work on your boat, and sail away for a few weeks. Everyone has a project that just has to be done first! I've barely left the office all summer. I'm going to remember this ploy next time that business is slow... Lately, I've been firmly telling people that I'm not doing any work in August. And stuff is already piling up for September!

Now I just have to find time to finish commissioning. 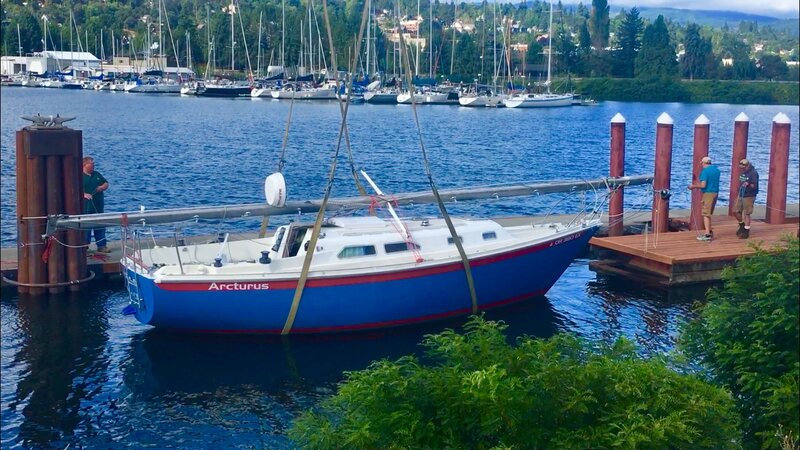 Of course, the usual slew of last-minute fiasco's happened. I had the mast fully rigged, laid out on a growing table in the greenhouse. Then I had to start disconnecting things to get it back out the door. And not everything got reconnected, in the rush. And a couple of things got broken off. Then I couldn't quite remember how I made the transition from the point where the mast is winched halfway up from the ground, but can't get past the beam of the boat... Oh, yes, now I remember: Try a bunch of things that didn't quite work, then go into panic mode and, hey presto, it's on deck! And a big bruise on my shoulder from where I seem to have muscled each end up to the top of a cherry-picking ladder, then eased it over sideways by some improbable means onto the pulpit.

The day before, I figured I'd better start the engine to make sure everything was OK... but it wasn't. No spark. Somehow, the points carbonized themselves over the winter. Well, as long as I had the distributor apart, I installed the electronic ignition kit that had been in the project bin for months. Next, brown stuff that smelled like fuel was dripping from where it shouldn't, around the carburetor. Removed and cleaned the carb. As long as it was off, I installed the adjustable main jet that has been in the project bin for months. Had this funny-looking rubber plug left over though... Doesn't seem to be part of the carb, but it fell out from that area of the engine??? 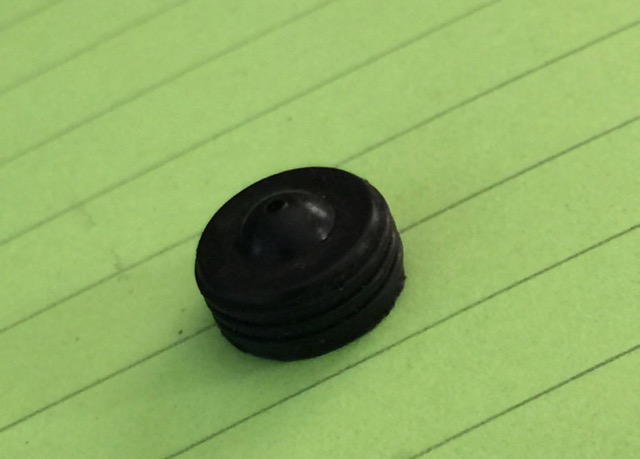 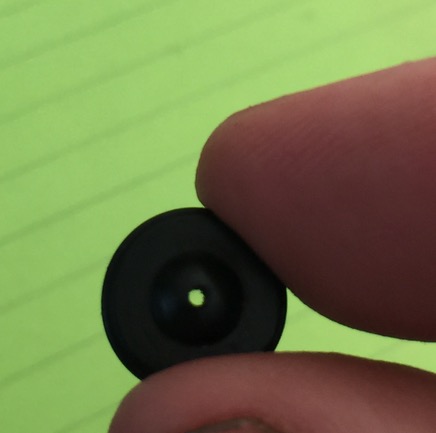 Things seem to run without it? Also I drained all the old fuel dark out of the tank and replaced with fresh, but I'm not sure that was necessary. I did get about 10 ml of water and a bunch of crystalized matter out of the filter.

Anyway, I motored across the marina and put Arcturus away snug it it's slip. Then cleared the debris off the settee and laid down for a long nap. I was bushed! And the boat rocked away gently like a cradle.
About author

toddster
Currently have a E29 on the lower Columbia and a Hobie 16 in The Gorge.

Mechanical fuel pump spring cover?
I hadn't thought of the fuel pump, but nothing that I can feel seems to fit that plug. Of course, I can't really see that part of the engine directly, but I checked the parts diagram too.

I was up the mast this morning, sorting out the rigging. Newly installed mast steps coming in handy, although they are a bit more of an eyesore than I had hoped. I'll have to go back this evening with the bosun's chair (and some things that I forgot to take to the boat) to finish up a few things. I need to wander around Home Depot and find something to substitute for the broken hailer/horn bracket. Just a couple inches of 1" aluminum U-channel would do, but I doubt they stock it, as a raw material.

But back to work for the afternoon. Yeah, I told everyone I was not working in August, but really, I meant "starting the second week," because there's always something that comes in at the last minute... But I'm not answering the phone!
You must log in or register to reply here.