In between the re-coring projects, we decided to tackle an "easier one" the re-finish of our companionway boards.
this is the "before" it had SEVERAL coats of varnish all bubbled up.

so we used a heatgun and a scraper to get to the bare wood, and then sanded 80 grit, then 220 grit, and finished with new
petit varnish. 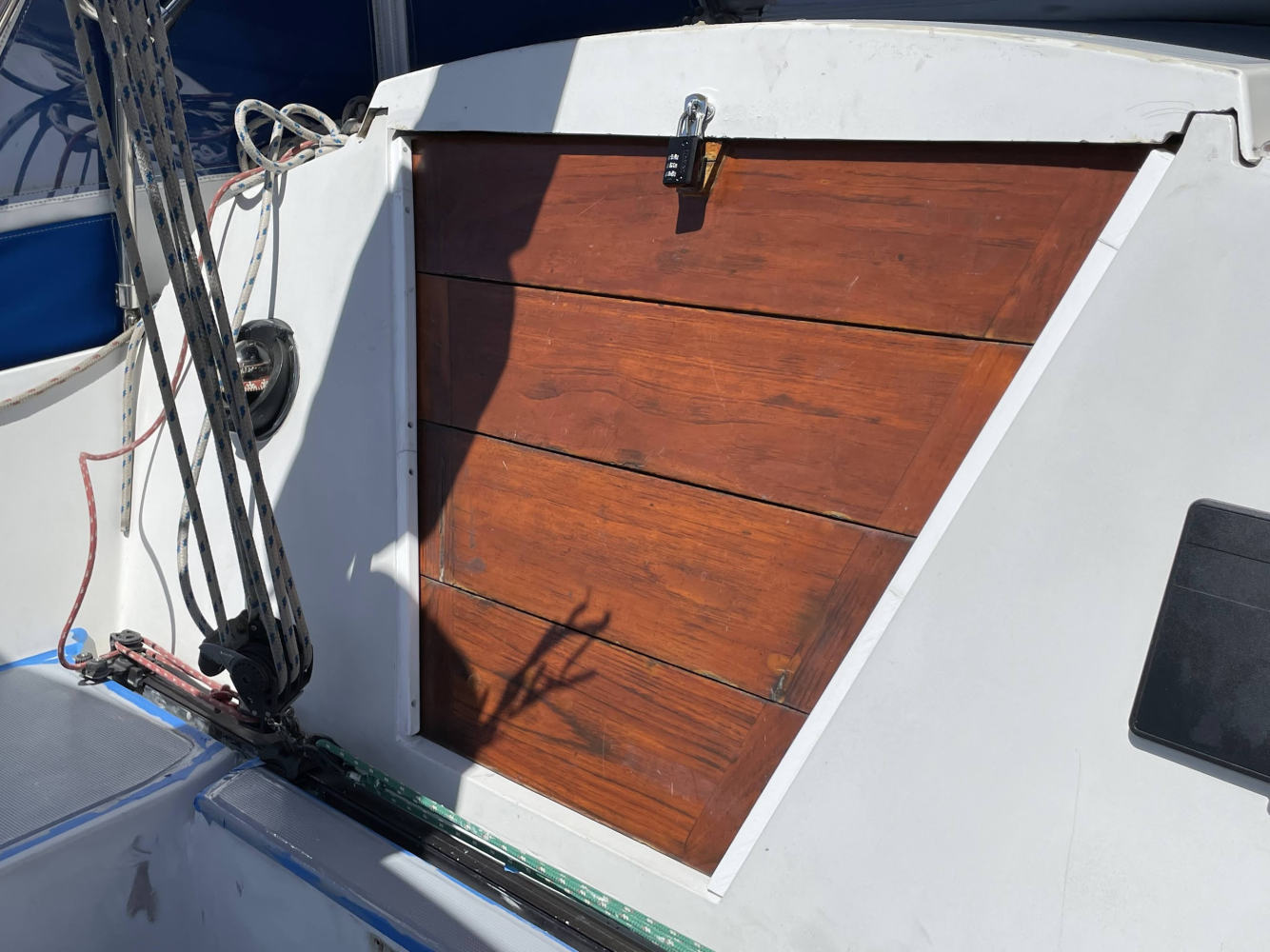